Tuesday, 05 November 2019
Putin: we Need to take additional steps in order to go to Kaliningrad, and from Kaliningrad was cheaper than abroad
The President of Russia, the leader of the popular front Vladimir Putin at a public meeting in Svetlogorsk said about the need to take action to make more affordable travel from Kaliningrad and to Kaliningrad. The head of state announced, responding to the proposal of the member of the Kaliningrad headquarters of the popular front Suren Manukyan to increase financing of the regional program "We – Russians", which allows youth to ride with sightseeing and educational purposes in cities of Russia. 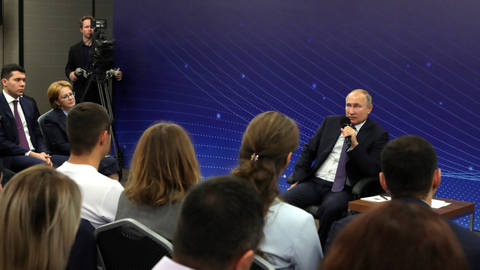 Manukyan added that each year more than 30 thousand Kaliningrad residents aged 14 to 30 years leave from his region to EU countries and only slightly more than 10 thousand young people travel to other cities of Russia. They with pleasure would visit other Russian regions, but often travel around the country more expensive than foreign.

"Totally agree with you, this question must be solved. And not only for young people but for all generations. It is a question of coherence of the Russian territory, is the cost of tickets, primarily. We are subsidizing and continue to subsidize. I think that this is not enough. Need to take additional steps to easy and profitable could ride in Kaliningrad, and from Kaliningrad – cheaper than somewhere abroad. Ask the representative of the administration and government connect", – said the head of state.