Monday, 27 January 2020
In 2019, Russia increased the harvest of potatoes
In 2019, the agricultural organizations, peasant (farmer) farms, including individual entrepreneurs have gathered 7.5 million tons of potatoes, which is 5.5% more than in 2018 (7.1 million tons). 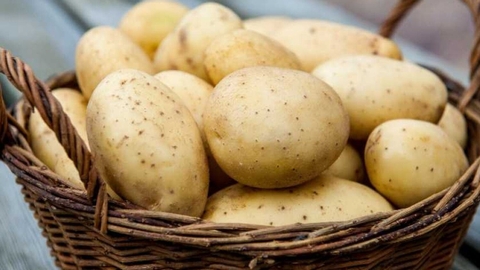 Among the regions of Russia, the leaders in the farming culture began in Bryansk, Tula, Nizhny Novgorod, Moscow and Astrakhan region. These regions account for over one third of the total production.

According to preliminary estimates of Ministry of agriculture, self-sufficiency in potatoes in 2019 will amount to 95 %, which is the index threshold value of food security Doctrine of the Russian Federation. Achieve outstanding results contributed to public support for the development of the domestic potato.

In the framework of the Federal scientific and technical program of development of agriculture for the 2017-2025 years approved a sub-programme "Development of selection and seed growing of potatoes in the Russian Federation", in execution of the tasks in 2019 has been allocated 438,74 million. Last year we developed 5 new domestic technologies for the implementation of breeding and seed production of potatoes, created 9 competitive varieties of potatoes, as well as developed new means of biological protection of roots.