Wednesday, 30 January 2019
"We fall". Gross grain harvest in Russia fell to a three-year low
The Russian grain Union announced the preliminary results on the grain market: the reduction of gross yield fell to a three-year low, a decline is observed in the sectoral indicators. This was announced by the President of the Russian grain Union Arkady Zlochevsky, the correspondent of Накануне.RU. 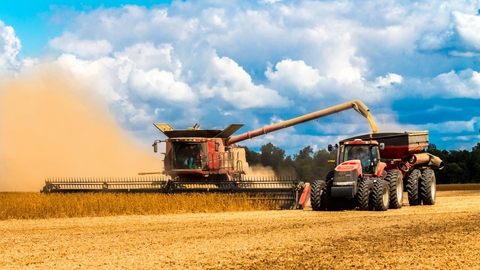 At this stage there is a decrease in the gross grain harvest up to three-year low - 112,9 million tons "But is still 1.9% more than the average for the five years of gross yield in the country," he said.

Industry experts expect the decline in grain exports compared to last season to 45-47 million tonnes, According to Zlochevsky, this is due to the decrease in supply and quantity of resources.

A characteristic feature of the season was a marked increase in domestic prices. "The ruble recent months has strengthened, which creates certain vices for export operations", - said the head of the Union. In this regard, the industry expects drop in shipments in the second half of the season.

Observed increase of prices on the world grain market, Zlochevsky said. "The growth is quite significant: the current price of our shipment is formed in the area of 244 dollars per ton. It is a good price level. All this is happening against the backdrop of the negative General economic background. The GDP growth forecast to 2018-2019 is 1.5-2%, this low level as a whole," he commented.

Zlochevsky also noted that sectoral indicators look negative. "We fall", - he said. According to him, this is due to certain wave of decline in gross figures.

Nearly 62% reduction in gross yield occurred due to the reduction of wheat harvest. This year's pre-harvest amounted to 72 million tons, which is 13.9 million tons less compared to last season. Also the minimum for the last eight years has become a crop of rye, which amounted to 1.9 million t. "This is a direct consequence of the crisis of overproduction. Rye is not the active export position. Stocks were at a record level at the junction of the past and current seasons, has led to a decline in investment activity in crops of rye," - said the President of the grain Union.

In 2018 increased by only the harvest of rice, he collected 52 thousand tonnes more than last season.

"All this is accompanied by a record harvest of oilseeds. It is a historical record. The sunflower harvest has exceeded 12.6 million tons in 2018 - is on more than 2 million tonnes more," - said Zlochevsky.

The final results will be published in March 2019. The indicators can be adjusted upwards, said the head of the Union.