Monday, 16 September 2019
Rostov region has reduced the crops of flax and mustard
Rostov region entered the top-5 regions by the size of the area allotted to the cultivation of flax, and took 4th place for sowing of mustard. It is noteworthy that compared with last year, these crops on the don seriously reduced. According to the expert, development of niche crops is hindered by the lack of planning from the Ministry of agriculture. 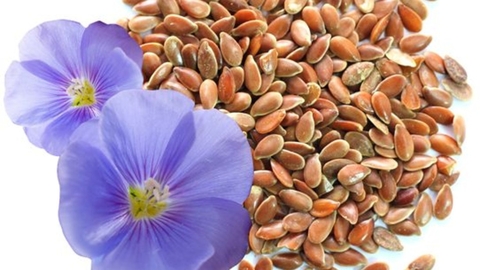 Expert-analytical center of agribusiness "AB-Center" has made a rating of Russian regions according to the size of the area of flax in farms of all categories in 2019. Rostov region took the 4th place with 63 thousand ha or 7.7% of the total plantings of this crop in Russia. 1 place — the Omsk oblast (the size of the squares — 124,1 thousand ha share in total area — 15,2%), followed by Chelyabinsk region and Altai Krai.

According to the operative data of the Ministry of agriculture of the Rostov region on 4 September, the average yield of flax is 9.7 kg/ha (last year — 6.9 t/ha). The maximum yield obtained in Kagal district — 15.1 C/ha. this year the don peasants, counter to the national trend, reduced the crop by 36%. In 2018, they accounted for 98.4 ha.

Among the Russian regions Rostov region took the 4th place with 22.2 thousand hectares, or 5.8% of the total sowing area behind the Tatarstan, Bashkortostan and the Volgograd region. At the same time, the don crops decreased by 18% compared to last year. Yield, according to the operative data of the Ministry of agriculture of the Rostov region on 4 September, are now higher to 5.5 t/ha (compared to 4 t/ha a year earlier).

According to the CEO of the holding company "Ural-don" Alexander Yaroshenko, fluctuations in the acreage of these crops due to a lack of planning on the part of the Ministry of agriculture and low profitability of these crops.

— The culture niche, the Russian Ministry of agriculture in contrast to the us does not give recommendations in terms of cultivation, the villagers do not know how much they will buy mustard or flax, — explained Alexander Yaroshenko. — Must focus only on the weighted average prices that are constantly "jump". However, even when they are good for the producer, the profitability of growing these crops is not very high. Of these cultures make butter, which is pretty exotic. In my experience, mustard and flax sow those households who have no rasplanirovke rotation for years to come. We do not deal with these cultures. Wheat is much more profitable because always in demand, is consumed in large quantities, there is the futures market used to predict their own profitability.