Friday, 16 March 2018
Due to the threat of ASF in the airports in Poland is confiscated tons of food.
The management of state property of Poland increased checks at airports to identify baggage import of products of animal origin, which can cause further spread of ASF across the territory of the European Union. Only at the airport. Chopin in Warsaw over the past year confiscated more than two tonnes of such products. 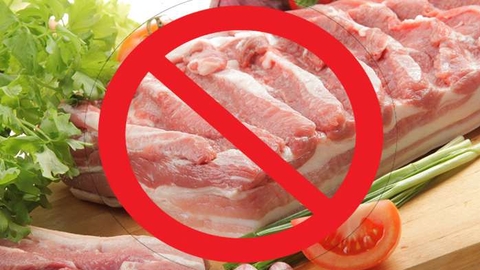 Chinovniki remind you that because of the threat of African swine fever virus, a ban on the import into the territory of the European Union from third countries of products of animal origin. Banning the import from outside the EU of these products can be found in the information materials that are distributed at the airports. It is also equipped with special containers that can be disposed of imported prohibited products.

Violation of these rules face fines. For example, in amounts equivalent to 50 and 100 Euro were punished by two citizens of Israel, who has tried to bring to Poland beef flight tel Aviv - Lublin. The first was transported in the suitcase of 18.5 kg of beef in vacuum packaging, and the second is more of 36.5 kg of Meat was destroyed.

In another airport. Chopin in Warsaw - in January alone there were more than 100 cases of detention of goods and seized nearly 400 kg of meat and dairy products. For all of 2017 here confiscated 2211 kg of food of animal origin.

- You need to remember that the virus is harmless to humans. However, thrown in a bucket of food or a sandwich in the Parking lot can be a source of contamination of wild boars or pigs in the entire country, warns Anna Sepanski, a press-the Secretary of management of state property in Warsaw.

States, of which most often is trying to import food products of animal origin is Ukraine, Russia, China, Vietnam and Armenia. But the biggest danger associated with products that bring to Poland the Ukrainians.

Veterinarians warn that at the current flow of migrant workers on the Eastern border, the situation could finally come out of control. People come to work, and some of them - for minimum wage, it is not surprising that they are bringing products. Meat and sausages, which are not subject to thermal treatment, can be very dangerous. It is important to observe how arrived get rid of products, because there may be a source of the virus, which hit farm country.