Wednesday, 06 June 2018
The disease can destroy the ecological pig production in Poland.
The limited scale of production can lead to the fact that a part of Polish farms specializing in environmental breeding pigs will not be able to meet the requirements of Biosafety to ensure the resistance of the ASF. It is for them tantamount to a suspension. 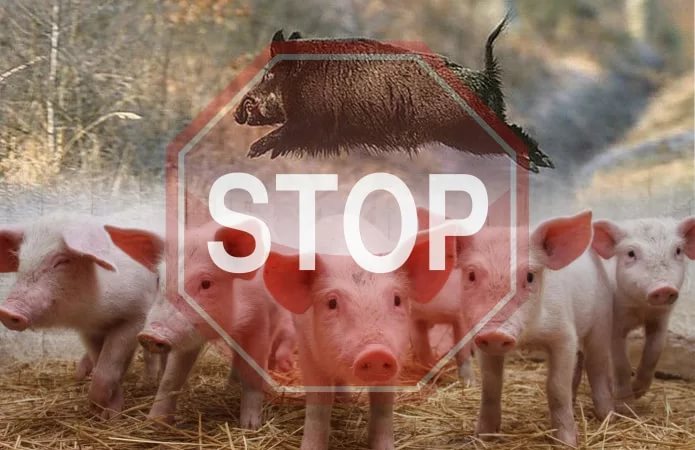 Ecological pig farming, remaining a niche offering in recent years won a lot of supporters in Poland. Although the industry has its problems, there are plenty of farmers who decided to work in harmony with nature. Unfortunately, they also touched the beach the entire industry - the African plague of pigs. Farmers involved in environmental statements, as well as all other breeders are required to implement in their farms biosecurity standards. Moreover, in the case of such farms requirements are more severe.

According to the principles of ecological or organic farming, animals must have access to pasture, and applying to all countries anti-epidemic rules impose on farmers the obligation to protect these pastures. Although this requirement is fully justified, for some farms it might be unsolvable problem, because often it's the small farms that cannot afford such investments.

Now NAT data that indicate to what extent they have changed the number of pigs contained in the ecological system. There is also a large meat spetsializiruyutsya on the environmental processing of pork, from which it would be possible to obtain such statistics. However, according to Peter Vasilicovo, Chairman of the Association "Ekoland", the farmers engaged in ecological production, small farms are likely to be forced to abandon pig farming, as they will not be able to fulfill Biosafety requirements.

Industry experts believe that this will be a great loss to national agriculture. Although pigs contained in the ecological system, represent a small percentage of all farm animals in Poland, they are a guarantee of preservation of a livestock of domestic breeds. In the event of liquidation of environmental stud may be that the population, for example, Zlotnicki or Pulawska street breeds will be critically reduced.

Последние новости
11:06 Krasnoyarsk branch of Rosselkhozbank has reduced rates on mortgage loans
11:02 Russia: Spring grain crops left to plant less than 7% of the area
10:00 JSC "Federal freight" is the new prices for the carriage of goods in open wagons and a loyalty program "Hot summer"
09:03 IGC: World production of corn and wheat to update the record
08:00 In the Federation Council, continue work on the development of agricultural equipment until
11:02 Truck scales for avtodorstroy-Contractor
15:03 Truck scales at the sugar factory
12:26 The crop of early strawberries will be the worst in the last 5 years
11:05 Corteva Agriciscience forms a new portfolio of biological products and will work with M2i for the first international contracts
08:00 "My Summer" opens up new jobs in the Tula region
17:06 Equipment and leasing at European level: machinery Rostselmash through "Rosagroleasing"
16:27 GC "Yug Rusi" tender: "Supply of steam heaters performance 648 KW for raw drum dryers SB-1,76" for the needs of LLC "MEZ" Anninsky"
16:02 AGCO-RM offers special leasing conditions for the tractor Massey Ferguson® 6713
15:03 Stocks of grain in the state Fund will increase to 6 million tons
14:08 CLAAS: SHREDLAGE® ONE OF THE MOST POPULAR TECHNOLOGIES OF FORAGE IN RUSSIA
All news