Friday, 18 January 2019
Matvienko: we need a civilized approach to subsurface use
The problem in the sphere of extraction and bottling of mineral waters was again on the agenda on the eve of the "government hour" in the Federation Council of the Russian Federation. 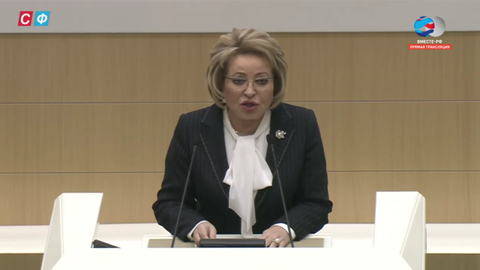 During the plenary session a presentation was made by the Minister for the North Caucasus Sergey Chebotarev. Its main topic was the economic development of the region, where, as noted by the Federation Council speaker Valentina Matviyenko, state mindlessly spent billions, and in the development in this is invested a minimum of means. In this context, the Chairman Matvienko has once again raised the question about the neglect of the extraction and bottling of mineral water in the Stavropol region.

She also spoke about the role of the Federation of independent trade unions of Russia in handling of natural resources. Matvienko stressed that part of national wealth in the 90-ies passed into the hands of the trade unions, including mineral springs. Despite this, the organization is not providing any financial support to the objects only to give them a profit.

Matvienko urged the head of Minkowksi to deal with the structure, and most importantly how much invested over the years investment in the development and conservation of sources and in the environment of the resort region.

"And that we'll just have to pump out the last resources, or we will create the conditions to invest for the civilized use of these resources?", – expressed their dissatisfaction with Chairman of the Federation Council.

Also Matvienko has once again raised the issue of licences and patents for the production of mineral water that based on the evidence, should be withdrawn from unscrupulous manufacturers. Informed to pay attention to the problem of the speaker of the Federation Council urged the Director General of Rospatent Gregory Ivlieva. Then, in December of last year, said General Director of the subsidiary "CMCR" – "holding Aqua". He noted that the CMW of a certificate of appellation of origin of goods "Essentuki" have 19 companies with no contracts for the supply of water of this type, nor access to sources of mineral water. To date, Rospatent has deprived of the right to production of mineral water six butylation. The fight against counterfeiting continues.