Tuesday, 23 July 2019
The state Duma will consider the abolition of preferential VAT rates for palm oil
The state Duma plenary session on Tuesday will consider the abolition of the 10% preferential VAT rates for palm oil and increased it to 20%. The relevant provision was approved by the Committee before the lower house of Parliament's budget and taxes as an amendment to the second reading of the bill to reduce the VAT rate for fruit production to 10%. 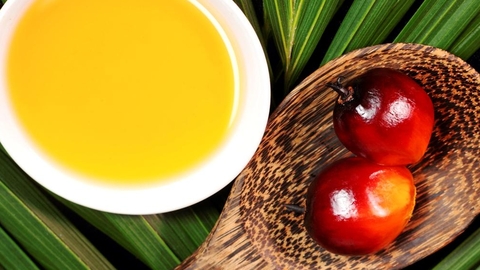 The amendment was initiated by the leaders of all Duma factions, headed by the speaker of the lower house of Parliament, Vyacheslav Volodin. According to Volodina, the document had previously been discussed with Prime Minister Dmitry Medvedev during a meeting with deputies of the state Duma.

Now, any vegetable oil is subject to VAT at a concessional rate of 10%. "It is proposed to complement the existing norm about the vegetable oil with the words "with the exception of palm oil," — said at a meeting of the state Duma Committee on budget and taxes, its head Andrey Makarov.

It is expected that the norm will be approved in the third reading before the end of this week. According to Makarov, the resolution of the state Duma on the adoption of the law in the third reading proposes to recommend to the government of the Russian Federation in the preparation of the draft Federal budget for the next fiscal year to direct the released funds from the increase in VAT on palm oil to support dairy farming. According to the data, which led Makarov, the abolition of VAT exemption for palm oil will give a budget of 4.5-5 billion roubles.

"I think, based on the analysis, predict that the import of palm oil [after the increase in VAT] will be delayed, — said Volodin. — If last year its growth was over 20%, after introduction of this norm it will slow down, because all countries are struggling with the dominance of palm oil".

"It's not only our problem, this problem and other countries, but we are in this step go for the first time in 15 years and we believe it is justified", — said Volodin.