Wednesday, 21 August 2019
Russia and China will speed up the work for the liberalization of grain exports from Russia - Rosselkhoznadzor
The Rosselkhoznadzor and the General administration of customs of China held negotiations on the basis of which the parties agreed to accelerate the work aimed to the opening of export of grain from all regions of Russia in China, said Tuesday the press service of the Russian Ministry. 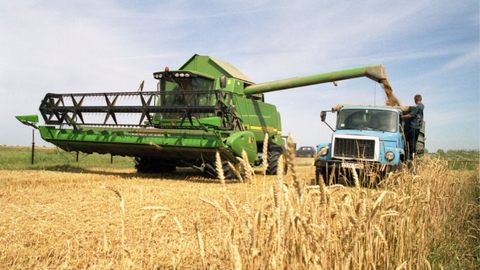 "With the aim of abolishing the regionalization of export to China wheat, barley, corn, rice, canola, the parties agreed to accelerate work on the possibility of opening export deliveries of grain from all regions of the Russian Federation and, in accordance with the earlier directional invitation, the Chinese side will report on the date of inspection for the wheat," — said in the message.

In addition, it is reported that the parties agreed to initiate the procedure for the access to the Chinese market herbs used for medical purposes.

They also discussed the issue of supplies from China to Russia seed. According to the Department, because of complaints of participants of foreign economic activity on the issue, the Rosselkhoznadzor Chinese side gave information about the companies who are planning the purchase of seed in China.

In addition, agreements were reached on the provision of plant quarantine. It is reported that China will need to investigate and take action in accordance with the notification of the Rosselkhoznadzor, on the identification of objects quarantine for Russia and the Eurasian economic Union (EEU). Also after analyzing the information presented and directions for Chinese party invitations the Rosselkhoznadzor will consider the visit to China for inspection of places of cultivation of pome and stone fruit crops in September.