Friday, 23 August 2019
The amount of threshed grain in Northern Kazakhstan in 9 times more than last year
Growers in Northern regions of the country actively clean grain. So, for the past day in North Kazakhstan region harvesting conducted by 23.4 thousand hectares. 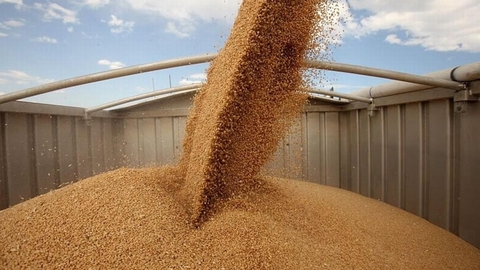 It should be noted that the North Kazakhstan field for more generous returns than last year by 0.9 t/ha (the yield today is 14.1 t/ha). According to the regional Department of agriculture, the yield of August 23, MSE is 310 thousand tonnes (last year – 34.2 thousand tons), writes "КазахЗерно.kz".

But the case of Kostanay grain-growers are not so rosy. In the region this year was the most severe drought plus wind, so grain ripening almost did not happen. The average yield to date in the field comes to 4.6 kg/ha in some areas — around 2 centners per hectare (last year this number reached 8).

We will remind, according to the statistics Committee, sown area of agricultural crops (preliminary) in 2019 amounted to 22.2 million hectares.