Wednesday, 11 September 2019
"Baltika" at the festival "the Great silk way on the don" collected and sent for processing 400 kg of waste
On 6 and 7 September in Volgodonsk held the II interregional festival of historical reconstruction "the Great silk way on the don". Brewing company "Baltika", part of Carlsberg Group, established on the territory of the event 20 containers for separate collection of waste glass and PET. 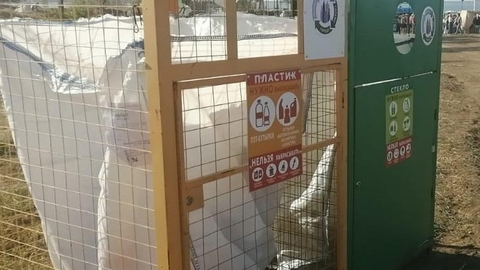 Company Baltika continues to develop the project "Bring favor their city" in the Rostov region. Over the two days of the festival were collected and sent for processing 400 kg of waste, of which 300 kg is glass and a 100 PAT.

Sergey Demchenko, Director of the Rostov branch of the brewing company "Baltic": "the Company is interested in reducing the impact on the environment and implementation of environmental policy in the Rostov region. Installation of containers for separate waste collection at such a major event, and further processing is another step aimed at reducing the volume of waste".

Today in Volgodonsk installed 124 of the container that is going glass, cardboard and PET. The first containers were installed in 2017. For two years the company together with the operator collected and sent for recycling 102 tons of waste.

The company "Baltic" is implementing the project "Bring favor their city" and other cities of southern Russia. 30 containers installed in the city district Cool (Kabardino-Balkar Republic), 68 – in Rostov-on-don, 148 - Volzhsky (Volgograd oblast), 25 - in Astrakhan and 50 in Sochi.

The festival programme includes performances and Airshow aerobatic team light aircraft, a parade of historical reconstruction clubs, fairs and exhibitions of folk art. For two days the event was a gastronomic work of the site. Everyone could buy Souvenirs made of brass, copper, birch bark, and also clothes and household items handmade in a variety of decorative techniques.