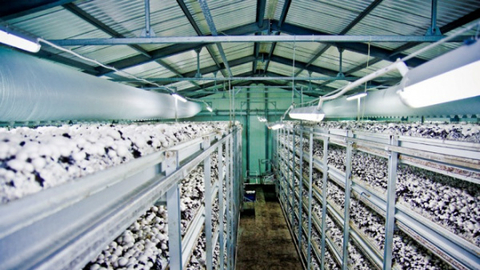 A new project aimed at import substitution, will launch in 2020. This was announced by the Minister of agriculture and food Kazbek Vaziev.

The basis for cluster creation will be the company's "Country". It produces about 70 tonnes of mushrooms a year. It is planned to unite under his command a number of small enterprises for the cultivation of mushrooms. With the support of the authorities of the region, the production of mushrooms will increase to 500 tons a year, writes TASS.

Thus, according to the head of the Ministry of agriculture, it is planned to provide the population of the Republic of the mushrooms and sell products outside of the subject.

Последние новости
16:06 Miratorg confirmed the full compliance of the leather industry to the international standards
15:00 AS YOU SOW, SO SHALL YOU REAP: WE ARE LOOKING FOR VEGETABLE SEEDS FOR GOOD HARVESTS
14:03 Why it is important to digitize field boundaries
13:08 Quik-Knect™ for compact tractors received the award AE50 2020
12:34 How to cope with threat to food security of Russia
12:04 Russia: stocks of wheat from farmers has become even more about last season
11:56 New hybrid corn KSS 5290
11:07 "Rosgosstrakh" in Stavropol region paid 500 thousand rubles to the agricultural enterprise for the elite sheep, imported from Australia
10:01 Original heading: the agricultural sector relies on the continuity of state policy in the industry
09:01 Production of agricultural tractors in Russia has increased 6 times since 2013
08:01 Agroeksport in stagnation. The decrease in the shipments of grain is not allowed to increase the total export of agricultural products
17:06 The Ministry of agriculture: the register of domestic producers of organic products will be in February
16:05 Stavropol Krai was presented by the famous mineral water at the exhibition "Green week" in Berlin
15:09 "It's not spring, not autumn, not winter" — in Tatarstan affects up to 15 percent of the farmland
14:04 Published monthly meat market
All news