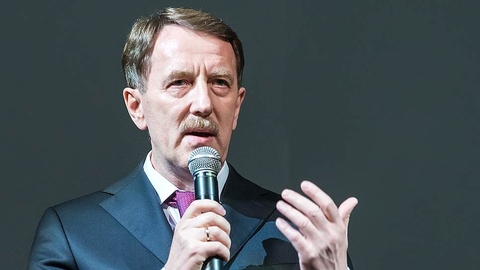 Подписаться на новости
Minister of Agriculture RF  agri-insurance  Technologies  Persons
"Deputy Prime Minister instructed the Ministry of agriculture jointly with the Ministry of Finance and the Central Bank of the Russian Federation to make proposals to improve the existing system of crop insurance and to develop optimal model", - stated in the message.
Today, according to the Ministry of agriculture, covered only 3.8 million ha, which is slightly less than 5% of the total (landing) areas of agricultural crops.
Accrued insurance premium under contracts of agricultural insurance in the field of crop production in 2019 in relation to the 2018 increased almost 4 times and amounted to 2.7 billion rubles.
As noted in the press service of Gordeeva, the insurance amount accepted to subsidize the contracts of agricultural insurance amounted to more than 98 billion rubles In livestock insured 5 million heads of 17.5% of the total livestock, which is almost two times more than in 2018.
Accrued insurance premium under contracts of agricultural insurance in the field of animal husbandry in 2019 also increased almost two times and amounted to more than 1 billion rubles. the sum Insured under accepted subsidy agreements amounted to 93.7 billion RUB.
In the apparatus Gordeev also said that during the discussion representatives of relevant agencies of possible options for a new model of agricultural insurance it was noted that its goal should be maximum involvement of agricultural producers. It is possible to do, including due to the low cost of the insurance policy, and also due to the possibility of flexible redistribution of funds to support the unstable territories in cases of emergency there.
While in the insurance system included just over 50 constituent entities of the Russian Federation. The number of emergencies in the regions every year. "It is obvious that security mechanisms need to be improved.
A new model of agricultural insurance, should lead to the main point - the involvement of a wide range of farmers in the insurance system, the cost of the insurance policy should be minimal. You also need to provide response and support in case of total volatility, as was the case in some regions by drought or flood. Here is to trigger reinsurance institutions.
"Then the farmer will be interested in maximum insurance" - are words in the message Gordeeva.
Photo: Kommersant