Monday, 27 January 2020
"Rosgosstrakh" in Stavropol region paid 500 thousand rubles to the agricultural enterprise for the elite sheep, imported from Australia
Stavropol branch "Rosgosstrakh" has paid the stud farm of more than 500 thousand rubles for the death of an Australian sheep breed corriedale. The animal was brought to 2017 from Australia specifically for reproduction. 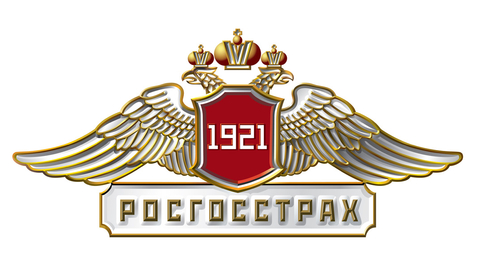 Corriedale — sheep meat-wool direction. This breed is well-proven in demand with breeders due to its performance. Imported from Australia sheep was insured in "Rosgosstrakh" from the risk of loss (destruction) or forced slaughter because of illness, natural disaster, fire, accident, theft and unlawful actions of third parties. Luxury sheep lived on the stud farm for about two years. The cause of death was infectious disease aspergillosis, accompanied by the defeat of the respiratory system.

"With this farm we work not the first year, — says Director of insurance of the agricultural branch of the company "Rosgosstrakh" in Stavropol territory Sergey Pellets. – Our company has vast experience in the insurance selkhozizdat — how in animal husbandry and in crop production. We offer programs suitable for large agrokholdingov, and small farms. And you can insure as large a herd, and separately of elite animals. Our client acted prudently, insuring the animal, given its value — thus he leveled their financial risks."

Последние новости
15:07 Freight report, week 27 2020
14:01 The Ministry has supported the project on the processing of expired products into animal feed and fertilizer
13:04 Natalia Smolyarenko appointed head of the Crop Science division of Bayer in Russia and CIS countries
12:01 The security Council noted the importance of developing seed
11:09 "Rosgosstrakh" in Stavropol Krai Agroholding paid 11 million rubles for the lost crop of winter barley
10:07 Experts of the grain market changed the assessment of crop in Russia this year, no single dynamics
09:05 Voronezhselmash tools in the Vladimir region Elevator complex
08:09 IN THE KURSK REGION A SOLEMN CEREMONY OF LAYING OF THE FOUNDATION STONE AT THE CONSTRUCTION SITE OF THE NEW CATTLE-BREEDING COMPLEX OF GK "AGROPROMKOMPLEKTATSIYA"
17:01 Weekly review of the market of oilseeds from July 6
16:05 The registration is open for the SmartFarm exhibition for professionals of the agricultural sector
15:06 What factors affect the development of agricultural machinery in Russia
14:03 The import of palm oil in January-may 2020 amounted to 76 thousand tons
13:09 AGCO-RM announces the release of the Russian market of equipment Fendt® for forage
12:04 Pork exports have increased 2.5 times
11:26 The resumption of Pnevmoplevritah WALINGA (Canada)
All news