Thursday, 13 February 2020
Russia doubled its exports of soybean oil in China
According to the FCS, from September to December 2019. Russian exporters have supplied to foreign markets 195 thousand tons of soybean oil, which is 18% higher than the same period last season. The growth in exports was mainly due to China. The Agency said Grain Online. 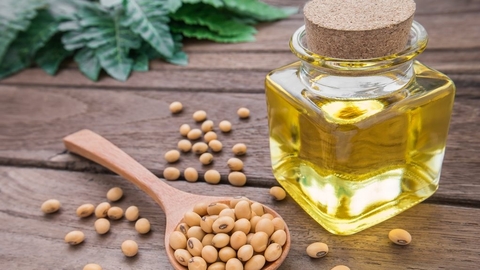 Like last season, first place in the import of soybean oil is China. For the first four months of the current season he imported 114 thousand tons of oil (50 tons for the same period last season). It is followed by Algeria – 31 (50) thousand tons and Denmark 21 (13) kt.

Leading exporter of soy oil remains the Kaliningrad oblast (149 kt), which in this season had it shipped to Algeria, Denmark, China, Cuba, the UK, Norway and other countries. On the second and third place are the Krasnodar territory (22 thousand tons) and Amur oblast (7 kt), which exported soybean oil, mainly to China.

According to the February forecast, the USDA, the export of soybean oil for the entire season (September-August) will reach a record $ 620 thousand tons, which is 10% more than last season.