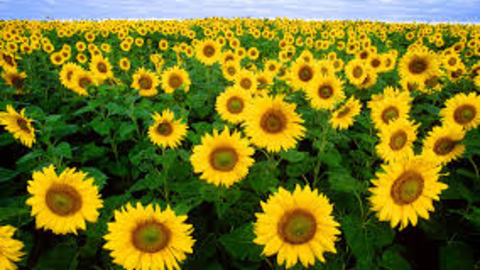 According to Russian grain Union, it is the result of restricting exports of sunflower and planned measures to tighten it. In this regard, the Union on the proposal of the farmers appealed to the government to prevent the imposition of new restrictions on the export of sunflower and to initiate the consideration of the removal of existing restrictive measures, including export duties. Separate appeals to the government plan are the manufacturers of sunflower.

As reported, in mid-may at the meeting of the Subcommission on customs tariff and nontariff regulation, protective measures in foreign trade a decision was made to increase from 1 February 2021 the export duty on sunflower up to 20%, but not less than 80 euros per tonne from the current 6.5%, but not less than EUR 9.75 per ton. In addition, it was deemed appropriate to extend until August 31, 2020, the expiration of the ban on the export of sunflower seeds from the EEU. The ban is in effect on June 30. The EEC Board renewal complete ban is not supported, setting to 31 August special - permit - mode of export of sunflower seeds from the territory of the EEU.

But in fact, believe in Grain Union, it is the same restrictive measure.

"The introduction of new and increase in existing export restrictions will lead to a drop in competition among the main consumers of sunflower, will negatively affect the economic performance of the producers. The Union has already received information about the adjustment of acreage to other crops, says the letter, seen by Interfax. - Pricing will occur under the influence of a consolidated procurement policy and the limited circle of the companies interested in maximizing profitability of their own production."

As reported "Interfax" the Vice-President of the Grain Union Alexander Korbut, the purpose of export restrictions was the creation of favorable conditions for oil crushing plants, which are expected to lower purchasing prices and improve their margins, "which was not as low as they write in their documents". According to the Union, by the end of 2019, it reached $200 per ton.

"But the result was exactly the opposite. First of all, the limitation has led to the fact that Turkey, which was a major importer of Russian sunflower, after the ban of its exports started to purchase large amounts of sunflower oil and prices increased, he said. - Accordingly, there was sharp interest in the purchase of sunflower seeds and the prices are untwisted by themselves."

According to him, the market of sunflower oil one of the main competitors of the Russian Federation is Ukraine, and this competition is not in favor of domestic producers. For April-June, Russia exported 114 thousand tons of oil, Ukraine - 176 thousand tons. Including in June, Russia sent a little over 8 thousand tons, Ukraine - 60 thousand tons. "So the question arises - who of mailtobutton was beneficial to the decision to ban the export of sunflower, which has led to higher prices for oil," he said.

Korbut recalled that the decision to restrict exports of sunflower was justified also by the need to keep the price of oil for consumers in the face of declining incomes. "But now, the selling price of crude oil is higher than at the end of March, 8 thousand rubles, - he said. - And the sunflower in that time also rose, but by 5.5 thousand rubles. The question is where this difference is 2.5 thousand rubles? The weakening of the ruble could lead to such a break."

According to him, the retail price of oil fairly stable, in recent years they have increased by no more than 2%. But, he said, the merit of industry and trade, "which is quite strongly agreed with the networks on the removal of trade margins". "However, we must remember that it's a coiled spring", - he added.

But the most dangerous to achieve the objectives of the Federal project "the Export of agricultural products" Korbut said the loss of confidence of the peasants, which reduce the area under sunflower. "Minus 280 thousand hectares - it is minus 430-450 thousand tons of seeds. The projected record harvest will not. And especially worrying is the fact that in the conditions of export restrictions it may be a long-term trend," - said Korbut. However, he noted that this year is not predictive indicators of the sowing area of soybean and rapeseed.

"So the expectation that by 2024 we will produce about 30 million tonnes of oilseeds and export their processed goods by $8.6 billion, is not so great," - said Vice-President of the Grain Union.