Friday, 31 July 2020
Group “Kinopleks” announces the opening of a new production value of 200 million rubles
Russia's largest producer of industrial hemp is planning to increase the production of oils cold pressed 4 times to 5 million bottles, with peak yield up to 15 million bottles a year. After the opening of modern production the company plans to increase deliveries to the Federal network and start exporting outside the EEU in China and Europe. 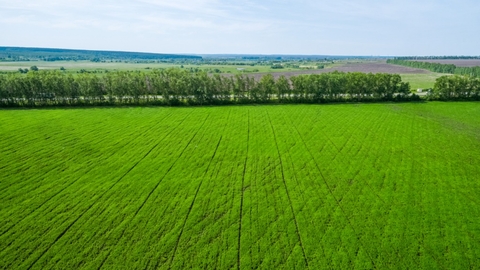 In the Penza region took place the official opening of the production, in which GC "Kinopleks" invested about 200 million rubles. These funds were invested in the construction of a new industrial complex and the purchase of the German, Swiss and domestic equipment, as well as its adjustment with the help of unique technological solutions. The payback period of the new production is 3-5 years.

After the start of production capacities of "Kinopleks" for the production of cold-pressed oil will increase to 15 million bottles a year. In the line of oils under the brand name "Linnet" in addition to flax, hemp, mustard, sunflower, sea buckthorn and pumpkin will appear camelina, sesame, and other oils.

Raw materials for the production of oil primarily located in the Penza region, where GK "Kinopleks" belongs to the order of 10 thousand hectares of farmland. About 2 thousand hectares of them this year planted non-narcotic industrial hemp, the remaining area is in other cultures.

According to General Director GK "Kinopleks" Milena Alexandrova, the new production complex will not only increase output, but will also facilitate the negotiations about the deliveries in trading networks, as well as increase the export potential of the company.

"The new facility is equipped with the most modern equipment and constructed in accordance with the quality standards of HACCP. This site meets all the highest requirements imposed to quality of production of the Federal network. In addition, if we exported products only to the countries of the Eurasian customs Union, it is now negotiating with potential customers from China, Switzerland and Germany," - said Milena Aleksandrova.

Recently, the group of companies "Kinopleks" significantly increased its presence in many retail networks ("Lenta", "Perekrestok", "OK", the globe"), as well as in online stores (Wildberries, OZON, Beru, Platypus). The company is expanding and independent sale on the Internet. In August, the company begins deliveries in a trading network "Metro" and "SELGROS" in September in a trading network "the Magnolia".

Hemp oil is unique in the nutritional properties of the product, and also a very tasty oil, has a low allergenic status. It is recommended for inclusion in the diet as a source of essential polyunsaturated fatty acids omega-3 and omega-6, to increase the nutrient density of the diet and improve immunity.

Furthermore, of the hemp plant get hemp fiber - hemp, used for rope-spinning materials, different options of insulation and for the textile, paper, construction, aviation, petroleum and other industries.

The group of companies “Kinopleks” - the Russian agro-industrial holding engaged in the cultivation and processing of hemp seed, as well as research activities related to breeding and seed production of culture. The company is a leader in terms of acreage in Russia - more than 12 500 hectares and grows Central Russian varieties of cannabis "Sursky", "Faith" and "Hope". The group manufactures food, cosmetic and pharmaceutical products.