Saturday, 28 February 2015
Syngenta increases in U.S. production is prohibited by China GM corn
In the USA there is a growing number of elevators, the host Agrisure Duracade 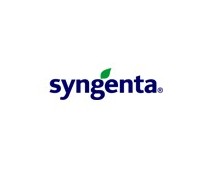 The number of American grain elevators, flour mills, feedlots, who purchase a variety of GM corn that is prohibited by China, has more than doubled since July, indicating that the growth of the inner product adoption, considered a potential threat to international trade.

The number of places receiving corn containing features of Syngenta AG Agrisure Duracade increased to 1 from 672 652 over the past seven months, the company said.

This statement, made just before the beginning of the planting season, aims to convince farmers to buy seed corn Duracade by providing guarantees the availability of marketing of the crop.

A company representative did not indicate how many acres will be planted Duracade, because the company still takes orders.

Two of the largest commodity trader in the world, Cargill Inc. and Archer Daniels Midland Co., refuse to accept corn Duracade, because it is still banned by all the major importers.

Last year, Cargill and ADM sued Syngenta after China refused to accept delivery American grain that contains another GM maize Syngenta Agrisure Viptera, the import of which at that time was banned by China. China has allowed the import of Viptera corn, also known as MIR 162, at the end of last year.

Syngenta stated that lawsuits are unfounded.

In an attempt not to let Duracade to get to the forbidden foreign markets last year, Syngenta hired Gavilon grain company, owned by Marubeni Corp., that has created a network of grain elevators, mills, feedlots and plants for the production of ethanol, which will take the crops of the farmers for use within the country.

Syngenta has also limited the corn sowing Duracade geographic areas that typically produce crops that are used inside the country.

However, according to experts, the risk of accidental shipment abroad may increase with the expansion of places that accept Duracade.