Wednesday, 10 January 2018
Christmas demand dictated the price of fish at the end of the year
Over the past week 2017 in the wholesale segment of the domestic market was observed multidirectional changes of the prices of frozen fish 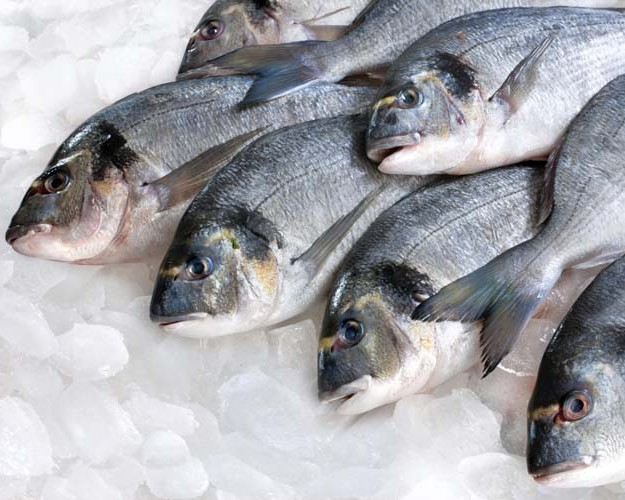 In the far Eastern region of Russia from 25 to 31 December 2017 and early 2018, has changed the cost of Pacific cod and Pacific herring: the price of cod still remains at the level of 160 rubles/kg, and herring – 40 RUB/kg. From the beginning of the year strengthened the price of flounder, and 2.1% to 97 rubles/kg due to good export demand. The trend of lower prices for Pollock to 77 RUB/kg, which was observed at the end of last year (a decrease of 1.3% over the week), will continue in 2018 in connection with the beginning of the mass harvesting of herring and Pollock. Rising prices for salmon, traditionally purchased for Christmas table, began in December. On January 1, 2018, the cost of 1 kg of sockeye salmon in the far East amounted to RUB 435, selling the wholesale price for salmon – 275 RUB, pink – 185 RUB.

In the North-West of the country, prices for popular species of fish, except for herring, for the last seven days of last year and the first week of 2018 has remained stable and has decreased given the pace of the fishery and the available inventory. Wholesale price of 1 kg of mackerel remained at 97 RUB, not risen, and Atlantic cod 215 RUB, haddock fell by 1.3% – 151 RUB only Increased the price of Atlantic herring by 3.2% to RUB 63/kg.

In the Central regions of Russia demonstrated positive dynamics the prices of popular imported and domestic range, due to the active pre-holiday consumer demand. New year's eve weeks 2.3% increase in the wholesale price of Alaska Pollock, up to 90 rubles/kg, 0.8% rose mackerel and capelin (up to 133 and 127 RUB./ kg, respectively), the cost of 1 kg of Atlantic herring remained the same – 55 RUB Chum salmon in the wholesale segment cost of 280 rubles/kg.

Prices on the Russian fish on the external market indicate a positive trend. Export price for Alaska Pollock in December 2017, increased by 6.1%, although compared to the beginning of the year fell by 6.3%, cod rose over the month by 5.4% per year 6% haddock have increased in price by 13.2% and 17.6%, respectively.