Monday, 07 May 2018
Voronezh oblast intends to increase production of meat by 50%.
The region aims to ensure that all objectives and initiatives of the President of the Russian Federation, delivered the message to the Federal Assembly. 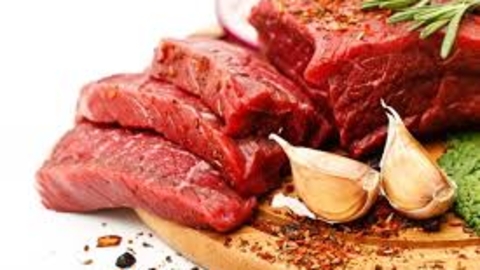 The volume of industrial production in the Voronezh region in January March increased by 7%, agricultural production — by 11.4%, while residential construction growth amounted to just 25%. All indicators significantly exceed the average data for the Russian Federation over the same period. On this, as reported IA REGNUM in management on interaction from mass media and administrative work of the government of the Voronezh region, reported on the meeting with presidential Plenipotentiary envoy to the Central Federal

As the head of the region, the Voronezh region there is a growth in consumer activity. The growth rate of nominal and real wages — 114,1% and 112,5% for 2-2,5 percentage points exceed the average values. Acting Governor stressed that the region aims to fully implement all objectives and initiatives set by the President in address to the Federal Assembly, and chief among them is the increase of life expectancy up to 80 years.

The main task is also referred to as maintaining the momentum of economic growth of the region: at least 2.5% in real assessment, taking into account inflation. These rates should enable the region over the next decade to implement its strategic objectives and create the most favorable conditions for the development of entrepreneurship and of life. Alexander Gusev also said that the region is successfully implementing projects in priority directions of development: housing and the urban environment, towns, safe and quality roads.

The parties have discussed the development of agriculture: Alexander Gusev announced plans to increase production in beef cattle and pork production 50% and on building at least 10 large dairy complexes, including four already this year. This will allow by 2020 to producing over a million tons of milk.

Alexey Gordeev noted the importance of continuing active work on development of the regional economy, as well as implementation of all objectives and initiatives of the Russian President, delivered the message to the Federal Assembly.