Friday, 11 May 2018
Sunflower seeds from China will now be reached in Tehran twice as fast.
A new direct rail route between China and Iran by half will reduce the time of transportation. 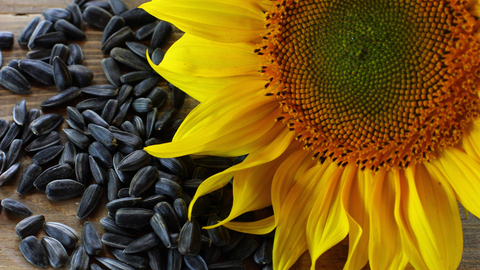 New freight rail route was launched between the city of Bayan Nur, located in Inner Mongolia in Northern China and the capital of Iran the city of Tehran, reports on 10 may, the Xinhua news Agency.

The first train loaded with 1150 tons of sunflower seeds went on the morning of 10 may. All the way the length of 8352 km will run through Kazakhstan and Turkmenistan and will take 15 days, said the Deputy Director of the Hohhot Horoscopo branch of China railway China Railway monopoly.

The new railway line will reduce the time for the carriage of goods by at least 20 days compared with Maritime transport.

The city of Bayan Nur is China's largest producer of sunflower seeds. The city exports annually about 180 thousand tons of seeds, of which 90% go to middle East, European and North American market.

Note also that the products of Bayan-Nur is exported to more than 80 countries and regions of the world, and the volume of exports reached 420 million U.S. dollars.

Recall that China in the development of the project "New silk road" is actively developing rail, air and road connections with the countries that supported this cityscience-infrastructure project.