Thursday, 12 July 2018
The French company plans to build the Voronezh factory of agricultural machinery.
The cost of the project is 380 million rubles. 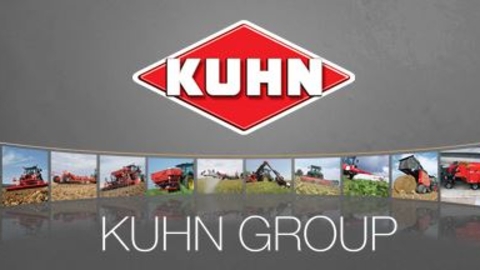 Plant for the production of agricultural machinery is planned to construct in the Voronezh region, OOO "East-kun" (KUHN Group, France). The company's plans were discussed at the meeting of its representatives with the acting Governor Alexander Gusev on July 11, reported IA REGNUM in management on interaction with mass media and administrative work of the government of the Voronezh region.

The company "East-kun", as noted, chose to implement the project of the Voronezh region on a number of parameters, including the broad markets, the availability of personnel, as well as favorable economic conditions.

As reported by the company representatives, French KUHN Group in total produces more than three thousand items of different techniques. The total number of employees — more than five thousand people, and a turnover of about one billion euros per year. The company has 11 production sites in France, the Netherlands, Brazil, USA. In Russia, KUHN Group intends to build a plant in the Voronezh region. The volume of investments into the project are stated in the amount of 380 million rubles. The new facility will create up to 50 jobs.

"Agriculture development is a priority in Voronezh region. Moreover, we would like new directions to develop. If you have partners or your fellow businessmen who are engaged in the processing of agricultural products, especially crop production, we are ready to create the most favorable conditions in order to come to our territory and built that such enterprises", — expressed interest in the project, acting Governor Alexander Gusev.