Wednesday, 05 December 2018
Miratorg increased 29% to 1.6 million tons of gross harvest of grain and legumes in 2018
APH Miratorg, the largest producer of grain in the Russian Federation, said that the gross harvest of grain and leguminous crops in the fields of agricultural holding in 2018 amounted to 1.6 million tonnes, 29% more than in the previous year. 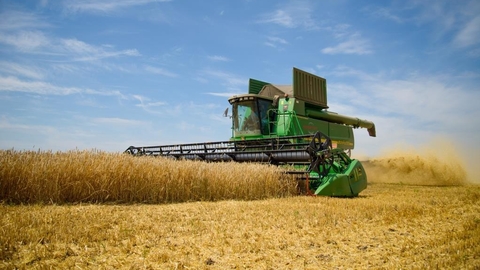 Miratorg is a leading vertically integrated agro-industrial holding in Russia. Crop is the basis of the entire production chain of the holding: its own production base of raw materials, which further feed the factories of the holding manufactured feed for livestock and poultry divisions of the company allows you to fully control the quality of the end products at all stages of production and has a positive effect on its cost.

The production of grain and leguminous crops is concentrated in ecologically clean regions of Belgorod, Kursk, Orel and Bryansk regions. The main cultivated crops are winter wheat, triticale, soybeans, corn. In 2018, the gross grain harvest amounted to 1.36 million tons, legumes – 241 thousand tons, which is by 25 and 54%, respectively, more than in 2017.

The increase in gross collection of cereals and pulses due to both the expansion of cultivated areas, including through the introduction of brownfield land and increasing crop yields. So the corn in the current year on 16% higher than in the previous year, and of soybeans by 24%. To increase yields and preserve soil fertility Miratorg actively applies advanced technologies of precision agriculture and rational use of soil resources, uses the latest farm machinery, and natural organic fertilizers produced at animal facilities of the company.

Miratorg is implementing a long-term programme to increase the domestic production of meat of high quality. The strategic goal of the holding today is full self-sufficiency in raw materials for animal fodder – they account for 75% of the cost of meat. To meet the growing needs to feed the livestock division of the agricultural holding is planning to continue to increase acreage at the expense of return to agricultural lands and will continue to invest in improving soil quality and consequently crop yields", - said the press service of the holding.