Thursday, 18 April 2019
Russian agricultural machinery has set an absolute record in exports among the sectors
Russian Prime Minister Dmitry Medvedev stated this on 17 April, speaking in the Duma with the government report on the results for 2018. 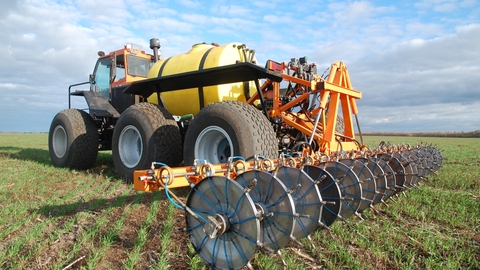 After the speech, Dmitry Medvedev answered the questions of the parliamentarians. One of them asked Sergey Panteleev, a member of the Communist party: "Mr President, over the last three years the shipment of agricultural machinery on the domestic market of the Russian enterprises grew by 25%, labor productivity by 12%. <...> The decision No. 1432 is one of the most effective working arrangements. But for 2019 was initially allocated an amount of 2 billion, then increased to 8 billion, then – full of uncertainty. Although the practice of recent years shows that the minimum amount shall be not less than 15 billion, to at least maintain the momentum that had been dialed. Mr Medvedev, do you consider the question of increasing the amounts for the implementation of decree No. 1432?"

The Prime Minister said that the government is ready to consider increasing funding for the program.

Sergey Panteleev also asked the Prime Minister to give Commission to further work with manufacturers adopted resolution No. 191.

"As for the 191st Ordinance on support of agricultural producers, we discussed this issue during communication with colleagues from the Communist party of the Russian Federation. I promised them that we in all will understand", - assured Dmitry Medvedev.

The Prime Minister has asked producers of agricultural machinery in the event of problems with the implementation of measures of state support to turn to him and to the Ministry. After all, need to keep up the potential.

President of the Association "Rosspetsmash" Konstantin Babkin believes that the statement of Dmitry Medvedev about the continued implementation of existing programs of state support is encouraging: "It will encourage industry representatives, teams and managers to invest more, grow faster, behave more boldly in the market."

The industrialist pointed out the strong concern of the factories of specialized equipment associated with the reform of support measures: "for Example, the state is not currently returned to the road construction machinery manufacturers subsidizing the discount of 15% for those who take the equipment in leasing. We are afraid that at the end of the current year the existing system of measures will be stopped and will run a new set of measures, the parameters of which are unknown. We assume that as a result of "reform" may be a risk that 20% of industry enterprises (newly established or small organisations) that do not show high rates of export earnings, can lose the state support. From my point of view, it is wrong and unproductive.

The Prime Minister has indicated that it is monitoring the situation and ready to intervene, and this is a positive signal. Now I relaxed and saw that these problems will be solved".