Wednesday, 24 April 2019
Medvedev has discussed with Governor of the Volgograd agricultural development of the region and the progress of the sowing campaign
A course of spring field works, realization on the territory of the Volgograd region investment projects support for beef, dairy cattle breeding and breeding centers for implementation of programs of land reclamation discussed on Tuesday in Moscow the working meeting of Chairman of Russian government Dmitry Medvedev and the Governor of the Volgograd region Andrei Bocharov. This was reported to journalists the press-service of the Volgograd Governor. On the website of the Cabinet of the Russian Federation also has a message about the meeting. 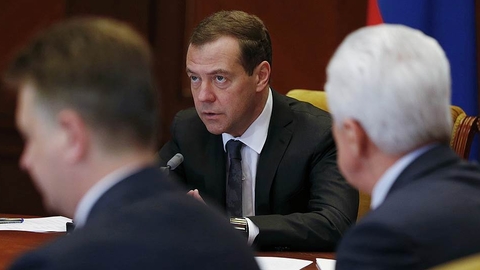 "Bocharov reported that, despite the difficult weather conditions, spring planting is deployed in the entire territory of the Volgograd region and go according to the schedule. The Governor thanked the Prime Minister for their region support: 530 million rubles was allocated at the end of 2018 as compensation of the damage caused to farms by drought, these funds have significantly supported the farmers," - said the press service.

According to the Agency, the Governor thanked the government of the Russian Federation and the Ministry of agriculture for the preservation and timely delivery to Volgograd region funds. "Scheduled 606 million rubles in full sent to the farmers before the start of seasonal work, which ensured the farmers with seeds, fertilizers, fuel, spare parts for repair of agricultural machinery and timely start North. Resources and reserves have been formed in sufficient volume. Created and the clock operates regional headquarters for the organization and carrying out of spring field works", - noted in press service.

In 2019 winter and spring crops in the region needs to occupy an area of more than 3 million hectares, which corresponds to approximately the same level as last year. Volgograd authorities believe that it allows to reach a established at the Federal level targets to increase the production of grain quality which are in demand for export. Winter crops last autumn sown more than 1.5 million hectares, which is 7% higher than a year earlier. In total spring crops it is planned to occupy 1.5 million ha, of which 692 thousand is reserved for grains, 716 and 104 thousand hectares under technical and forage crops.

In the Volgograd region also continues to implement projects aimed at the formation of production chains; creation and modernization of processing facilities; development of transport-logistic infrastructure. Among them is a unique project on construction of a livestock breeding complex for 2500 heads of cattle. Additional support for livestock farms to ensure their high performance feeds at affordable prices, is the construction of feed mills, which will increase the amount of grain processed in the Volgograd region.