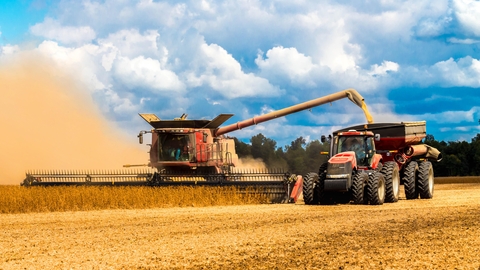 According to the Ministry of agriculture, in 2035, the grain harvest may amount to 150,3 million tons. However, domestic consumption of grain could increase by 12% to 86.6 million tons. The Ministry of agriculture estimates the necessary investment in the industry. Thus, in the period from 2019 to 203 the year will need to invest around 3.4 trillion roubles. Of these, 3.3 trillion rubles will be spent on purchase of tractors and harvesters.

We will remind that last year the production of grain and leguminous reached 112,9 million tons, including wheat received of 72.1 million tons. Was previously announced forecasts for the current year. So, the grain harvest may reach 118 million tons. including 75-78 million tons of wheat.