Friday, 14 June 2019
Manufacturers of winter rye will support Angara
For reimbursement of the cost of field works to agricultural producers of the region will receive 250 million rubles. 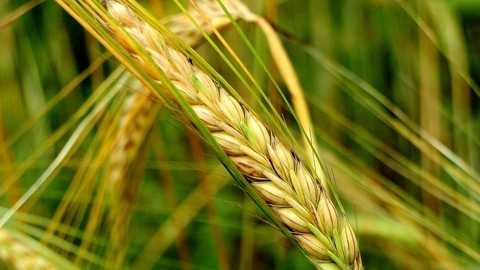 State support will be provided to agricultural enterprises of Irkutsk region are engaged in the production of grain of a winter rye. The Governor of the region Sergey Levchenko said on Thursday, June 13, at the meeting with the residents of the Angara river and sent appeals to President Vladimir Putin.

Support for producers of winter rye asked the Director of the company "the Loaf agro" of Ziminsky district Ilya Zuev. This enterprise is one of the main suppliers of grain to the regional bakeries.

"We plan to increase the production of grain of winter rye, but we need the support, as the cost of winter crops in terms of area is significantly higher than in the production of spring crops, in almost identical yields. It is very important for Siberian farmers operating in difficult climatic conditions,"- said Ilya Zuev.

Sergei Levchenko said that the regional government supports the cultivation of crops. In recent years, a number of decisions, including the elite seeds.

"The grain of winter rye used in the production of socially important kinds of bread. Therefore, we must support this direction, it was included in the list of subsidized, — said the Governor. — In the preparation of indicators of the state planning Commission, we have included the production of winter rye in the amount of not less than 10 thousand tons per year. This is the minimum that is required for our major bakeries. In addition, we are one of the few actors in Russia who is helping agricultural producers in connection with growth of prices for fuel".

On behalf of the head of the region this year to cover a portion of the cost of conducting field work, including manufacturers of winter rye, will receive 250 million rubles.

Winter rye is an important food crop for regions with difficult climatic conditions. Rye flour is used to make bread, the grain used in the alcohol and starch industry, and as feed for livestock.