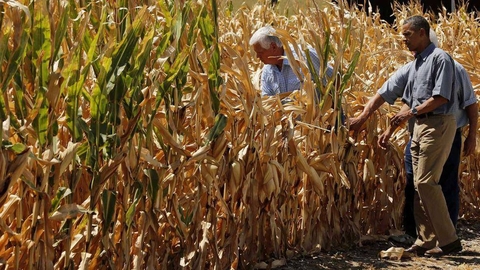 They amounted to 11.6 billion canadian dollars (8.6 billion U.S. dollars), which is 21 per cent lower than a year earlier. It is also the lowest incomes over the past seven years. The reason was high debt and labor costs. Also, the decline in sales is observed from dealers of farm equipment. Compounding the situation is the long-standing conflict with China, which stopped buying canola.

Now the farmers for the first time in 20 years asking for help from the government, which promised to run for them the program of support of AgriStability. Lenders extend credit to all applicants. Many farmers also had to reduce purchases of agricultural chemistry and switch to repair the old equipment. In their opinion, the situation is close to the late 90s – early 2000s, when they had to conserve every penny. Agree with this and Analytics.

We will remind that in March of this year, China refused to import canola seeds have a large holding of Richardson International, subsidiaries of Cargill and Louis Dreyfus and several large companies. The reason was supposedly the high content in products pests. Importers called this accusation false. Formal cause could be the arrest late last year in Vancouver CFO of Huawei Technologies and daughter of company founder Meng Wanzhou for violating us sanctions against Iran. Canadian importers have already had a number of failed negotiations and unsuccessfully trying to find new markets. To the trade conflict China was one of the main importers of canadian products with a share of 40% and the largest buyer of rapeseed. Last year, China imported from Canada more than 2.7 million tons of oil.