Tuesday, 23 July 2019
The heat hit on French wine
Wine production in France this year will be reduced by 6 to 13 percent compared to 2018, in particular, because of the continuing heat, said Saturday the Ministry of agriculture of France 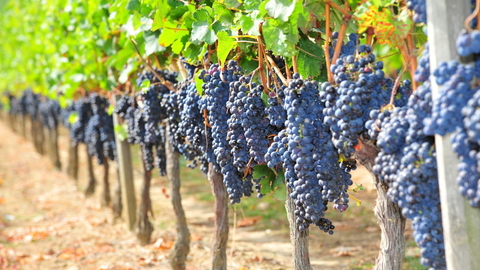 France, one of the leading manufacturers and exporters of wine suffered greatly from adverse weather conditions, primarily because of the heat at the end of June.

It is expected that this and other factors have adversely affected the production of wine and must be from 42.8 million to 46.4 million hectolitres. And these are the lowest figures over the past 5 years, reported the Ministry of agriculture of France, based on estimates as of July 12.

Adverse weather conditions have hit the flowering vine, especially in the Western wine regions of France, such as Val-de-Loire, Charente, Bordeaux in the southwest.

In the South of France heat broke records, with temperatures in some places reaches 46 degrees Celsius.

Heat means loss of production in three regions: the Gard, Hérault and var, the Ministry added.

Hail also affected some of the vines, but he inflicted less damage, if we talk about the country as a whole.

Another heat wave is forecast for most parts of France this week, which could aggravate the situation.

We will add that in connection with the possible occurrence of global warming, smart irrigation of vineyards are increasing in importance around the world. Recently, the US Department of viticulture and enology, University of California at Davis conducted a workshop on water resources management in the vineyard. The honorary guest of the event was Professor Larry Williams, who gave the science of correct watering grapes 36 years of work at the University of California, Davis.

So, during his report, Williams identified several strategies for timely irrigation of grapes, including: a) achieving allowable depletion of soil moisture that can be measured with a probe or other device; b) budgeting of irrigation, which requires knowledge of capacious soil, rooting depth of plants and the annual water consumption of the vineyard; and c) plant-based method, such as the threshold water potential of the leaf.

Williams noted that measurements of water potential in the middle of the day correlate well with the moisture content of the soil, and suggested that any of the above methods can be used to determine when to start irrigation in each case.