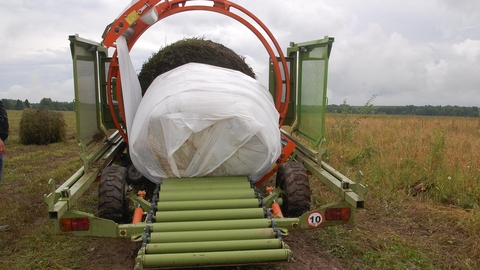 The event was attended by deputies of the Legislative Assembly of the Rostov region, representatives of public authorities of the region, the builders and consumers of agricultural machinery.

One of the main problems, which is now not only to the region but to the whole Russian producers, it plans to amend the current effective mechanisms of state support. In particular, they will affect such fundamental programs as government resolution No. 1432, which is implemented 80-90% of domestic agricultural machinery.

Today the plants have no understanding of how this measure will be implemented, how much funding the government will allocate a subsidy of discounts on farm machinery in the following years. In this regard, the engineers already make the decisions to cut investment in production and reduce the volume of output.

According to Alla Elizarova, Rostov oblast is one of leaders among regions of Russia on number of the enterprises of agricultural engineering. The region actively supports producers by subsidizing discounts on farm machinery to farmers. Now because of the unexpected for all players in the market reform measures of state support, the plants are in a state of uncertainty.

Association "Rosspetsmash" stands for the introduction of new support measures under the condition that parallel will continue to implement previously existing programs.

In order to have the plants been able to plan long-term investments in production, you need to understand what will be the funding of Ordinance No. 1432 for the next 5 years.

Other participants in the meeting also spoke in support of the Program No. 1432. In particular, the head of the faction "Fair Russia" in Legislative Assembly of the Rostov region Sergey Kosinov said: "the path That offers the Federal government – go to a leasing system, in my opinion, not the most effective. Because it would be much better to leave the existing state and in parallel to develop leasing forms. I, as the leader of the faction and the Deputy of Legislative Assembly of the Rostov region, are very concerned about the social consequences of the steps taken by the Government of the Russian Federation".

All the participants agreed that the Program No. 1432 has established itself as a very positive thing, but now both large and small industry players agricultural engineering do not know what to expect in the future.

Sergei Kosinov assured that the meeting of the faction will be prepared appeal to the Government of the Russian Federation.