Friday, 27 September 2019
Cherkizovo group spoke about the prospects of exports of poultry meat in China
"Cherkizovo group" (TM "Petelinka", "PAVA-PAVA) took part in Russian-Chinese seminar on the development of relations between the two countries and familiarity with Qinghai province. During the meeting, the chief analyst of Group "Cherkizovo" Andrew Dalenov told about state and prospects of export to China of poultry products. 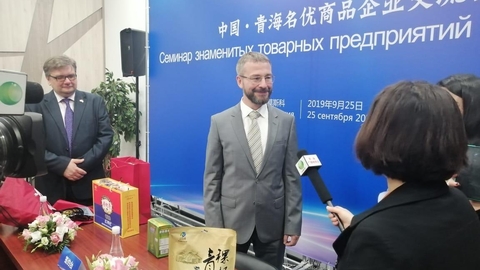 "The delivery of poultry meat to China are growing rapidly. It is projected that in 2019, Russia exports to China of about 50 thousand tons of poultry products in 2020, exports will exceed 100 thousand tons", - said Andrey Dalnov. According to estimates, Cherkizovo, in 2019, China could become the largest buyer of Russian poultry meat, ahead of countries such as Vietnam and Ukraine.

The Russian market of poultry meat is growing annually by 2-3% and is currently close to saturation. According to various estimates, Halal products is 5-10% of the total production and today Russia remains a niche product. So the prospects for the development of the poultry market as a whole and Halal products in particular are closely linked to exports, said chief analyst at Cherkizovo.

For Russian manufacturers of the right supplies to China in early 2019 was an important positive development for both countries, said the expert. Now the main exporter of poultry meat in China is Brazil, accounting for more than 70% of supply in China and a lot of risks from the point of view of Biosafety, concluded Dalnov.

The seminar was attended by representatives of authorities of Russia and China, the leaders and representatives of major industry organizations: the Grain Union, National Union of poultry farmers (NSP), the National meat Association (NMA), fruit and vegetable Union, Hash Union, Oil Union.

Cherkizovo group has become partner of the event in the development of agreements at the SPIEF-2019, where he spoke on behalf of the country in the framework of dialogueand Russia-China.