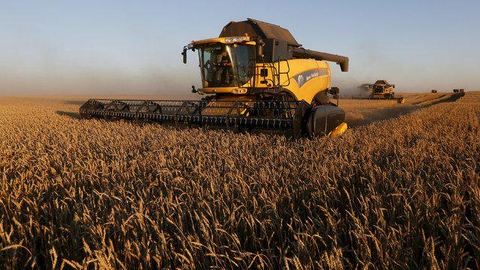 This opinion was expressed by Executive Director of the Seed Association of Ukraine Suzanna Grigorenko in material Latifundist.com.

"The drought corrects the cultures. In particular, it is possible to expect reduction of 25-30% of the area under winter wheat. Crops will also be reduced due to the low price (4-4,5 thousand UAH per 1 tonne in September 2019, compared to 6-6,5 thousand UAH per 1 tonne in September 2018) on the culture" — says Suzanne Grigorenko.

According to the head of the Department of agrometeorology of the hydrometeorological center of Ukraine Tatyana Adamenko, that drought is observed on the entire territory of Ukraine except Western oblasts. The rains, which will be held in September, will not change the situation, because they are small and uneven. The main brigade of the country noted that the situation in Ukraine is atypical, although in recent years drought in the Central regions of the country it happens more often. This year most affected Cherkasy, Poltava and surrounding areas other areas. Over the summer in Cherkasy precipitation in 2-2,5 times less than in the southern regions of Ukraine.

The words of agrometeorologic confirmed by market participants. For example, the chief agronomist of the group "AGROTRADE" Alexander Ovsyanik said that the company, which this year allocated for winter 23 thousand hectares, sowing winter wheat almost to dry ground, as rains in the region was not long ago. Although when sown oilseed rape (5-20 August), the situation with water was much better.

"For the sowing of winter crops while weather was unfavorable, all regions of the business HarvEast lacked moisture. We don't expect rain, sow in dry soil, wheat seeds, for example, the optimum depth of 3-4 cm Follow the folk wisdom: "This is in ash, but in time," said Director growing company HarvEast Evgeniy Kazeev.

Director of production company "TAS AGRO" Victor Belkot said that while the company does not adjust the plans for the sowing of winter grain nor in terms of space nor time-bound. "This year, as in previous ones, the company plans to sow winter crops on 18 thousand hectares (17.5 million ha of wheat and 0.5 thousand ha of barley). Despite the adverse weather conditions, has sown 50% of the planned volumes. As harvesting sunflower sowing winter wheat and hope to complete the sowing in the first week of October," said Victor Belkot. We will remind that according to information from Ukrainian traders on the foreign market have intensified the demand for Ukrainian wheat from North Africa and South-East Asia.