Wednesday, 16 October 2019
Activists of the Russian Union of rural youth have received presidential grants for initiatives at the village
All-Russian youth public organization "Russian Union of rural youth" became the winner of the second competition of presidential grants in 2019 and received the support of 10 million rubles. The activists will begin to create project offices for implementation of civil initiatives in rural areas. Their goal is to combat low awareness of rural population about the possibilities of development of own territories. 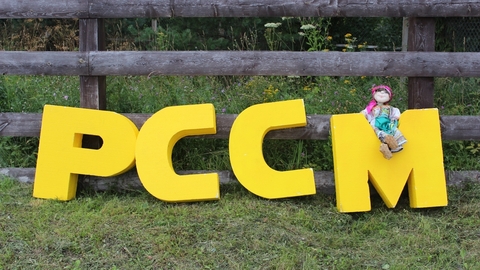 Подписаться на новости
Russia  Technologies  Countries  innovations  education   Company
Project offices will assist rural youth and rural community groups in the development and implementation of initiatives, monitoring of problems and needs of young people. Playgrounds will be co-working centres for rural activists, and the global plan – the link between youth initiative, representatives of the authorities and interested development of the villages organisations.

"Project offices will facilitate the inclusion of rural population in the implementation of the new national program "Integrated development of rural areas". Its basic principle is constructed for the implementation of initiative projects for the local population," – said Ogloblina Julia, member of the Central headquarters of the popular front, the Chairman of the RSSM.

As the experts say RSSM, offices will appear in four Federal districts by results of competitive selection. During the intramural phase will be formed the project team, identified pilot projects and developed a road map for their development.

Presidential grant to 488 thousand also received a regional project of the Astrakhan activists RSSM – "Agromania: a new level". He will continue successfully implemented at the expense of the presidential grants in the years 2017-2019 projects "Agromania and Agromania without borders".

Under the project, young people of Astrakhan are waiting for career-oriented games, interactive meetings with experts and contests on the theme of the future of agricultural occupations. The important part is the YouTube-channel "Astrakhan agromania" with information about arespecially, of rural life and activities for young farmers.

"The project also aims at informing about the state program "Complex development of rural territories" and the Federal project "Creation of system of support of farmers and development of rural societies". This will undoubtedly increase the level of knowledge about entrepreneurship in the agricultural sector", – said the coordinator of the project, Chairman of the Astrakhan regional branch of RSSM Alexander Bocharnikov.
The list of winners of the competition of presidential grants was formed on October 14 meeting of the coordinating Committee for holding the competitions for grants of the President of the Russian Federation on development of civil society. According to the results, it was decided to act: 2 128 organizations that will receive grants totaling 4 billion 350 million rubles.