Tuesday, 01 October 2019
In Tatarstan started harvesting sunflower and corn, continue harvesting sugar beet, potatoes, vegetables and oilseed rape
According to operational data of Ministry at 30 September in the Republic of grain and leguminous crops (without grain maize) throughout the areas of 1 million 420,9 thousand hectares (99.8% of the forecast), and produced 4 million 250,3 thousand tons of grain. The average grain yield is 30 t/ha. Winter crops were sown 496,7 thousand hectares (92 % of the forecast). 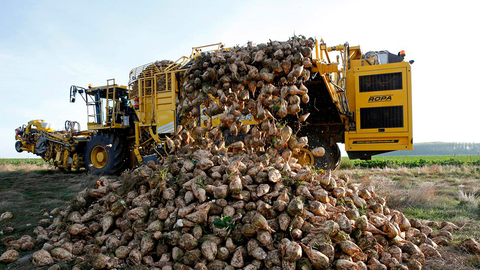 Earlier, the Deputy Prime Minister — Tatarstan Minister of agriculture and food Marat Zyabbarov noted that the Republic established an attractive procurement price of milk, so the village began to pay more attention to improving productivity. To maintain this momentum it is important to provide a sufficient amount of grain corn in the diet of cows.

With regard to autumn tillage, the Republic held a pre-winter treatment on an area of 1 million 241 thousand hectares of the 1.9 million hectares On the processing involved 1.7 million units. Daily technique handles about 40 thousand hectares. Good dynamics showed Sabinsky, Baltasinsky, Aktanyshsky, Atninsky, Yutazinsky, Kukmorsky and a number of other areas.

We will remind, autumn of timely treatment from year to year shows its effectiveness, contributing to the accumulation of autumn rain and spring meltwater. Moreover, it is important agrotechnical reception in the suppression of weeds and diseases. The Ministry recommends completion of the upgrade of plowed fields until October 20.