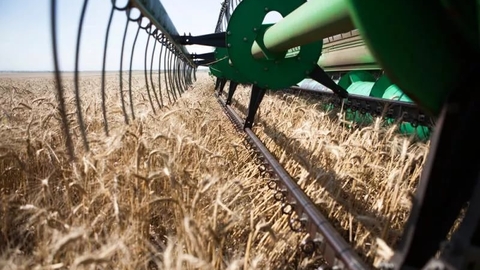 According to the Ministry of agriculture of the Nizhny Novgorod fields compressed 538,3 thousand ha (99.4%) crops harvested 1162,7 thousand tons of grain at an average yield of 21.6 C/ha.

The grain harvest continues. Only in 2018 is planned to collect about 1 million 200 thousand tons of grain.

"The expected gross grain harvest will completely cover the needs of the region in seeds, food and fodder grain, — said acting Minister of agriculture and food resources of Nizhny Novgorod region Vladimir Barkhatov. This year the quality of the grain is higher than in the past. The share of milling grain over last year's figures".

As reported in the regional Ministry of agriculture, in recent years, residents of the Nizhny Novgorod region began to consume more products of the cereals.

According to authorities, due to the fact that the citizens were more likely to enter in the diet of cereals (oats, barley, buckwheat), as well as foods fortified with micronutrients (iodized salt, vitamin-mineral mixture) and grasses.

We will remind, the head of the Nizhny Novgorod region Gleb Nikitin instructed to increase the state support for the preparation for the sowing campaign almost 200 million rubles to 1.4 billion rubles. These tools farmers could use to purchase fuel and lubricants, seeds, fertilizers, spare parts for agricultural machinery and other necessary expenses.