Wednesday, 19 June 2019
In Aktanyshsky district of the Republic of Tatarstan gross daily milk yield exceeded 200 tonnes of milk
As of June 17, agricultural enterprises and peasant (farmer) farms of the district, the gross daily milk yield was 200,1 tons of milk, according to The DairyNews with reference to the press service of the Ministry of agriculture of the Russian Federation. 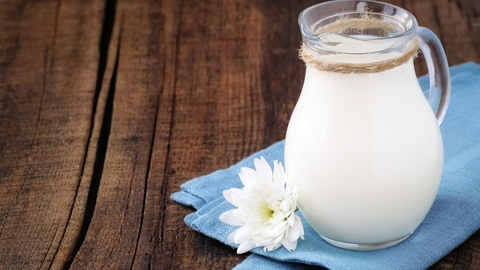 "Such a high result was achieved for the first time in the history of our area. This is 27.9 tons, or 16% higher than in the same period last year", — said the head of rayselhozupravleniya Aidar Mirhaydarov.

A significant contribution to the increase in milk production in the area has made such enterprises as LLC "Talkin", where daily milk yield of milk made up to the corresponding date of last year, 133%, OOO "tan" — 130%, Agrofirma Anyak – 115% agricultural Aktanysh — 111%, and several others.

According to the operative data of the Ministry of agriculture and food of the Republic of Tatarstan, Aktanysh district became the fourth municipal district of the Republic, where farmers produce more than 200 tons of milk per day.

"Is the leader according to this indicator, Kukmorsky district, where the gross daily milk yield for June 17 is 273 tons of milk, which is 9% higher than on this date a year earlier," — said the Deputy chief of Department of development of livestock of the Ministry of Irek Gibadullin. According to him, in second place Baltasinsky district — 254.5 tons (growth 18%), the third — atna — 219,4 tons (growth 12%).

In the Republic as of 17 June, gross daily milk in the agricultural organizations amounted to 3 thousand 961,4 ton, which is 133.5 tons (3.6%) more than at the same date last year.

As noted by Irek Gibadullin, in January — may this year in the Republic of agricultural enterprises produced about 549 thousand tons of milk, which is the index for the same period last year 104%.

According to the Ministry of agriculture of Russia, Tatarstan is the leader in terms of production and sales of milk among regions of the Russian Federation. So, according to the operative data of the Agency on 10 June this year, agricultural companies of the country have implemented 48.7 thousand tons of milk per day, which is 3.5% more than last year. The greatest daily volume of milk sales has been achieved in Tatarstan is 3,7 thousand tons.