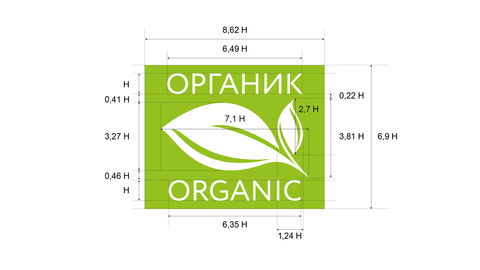 "National Organic Union has developed and used his sign in the system of voluntary certification, - said Oleg Mironenko, Executive Director of the National Organic Union (the NOSE). In the spring of 2019 has begun the process of transferring this sign from our Union to the Ministry of agriculture of the Russian Federation. Currently, this process is finished. The order of the rules of use of the mark is at the signing of the Agency. Now Russia is ready for the implementation of the law on organic matter in this direction. It is important to consider other areas for the successful commencement of the act, which will come into force in January 2020." In may was published a draft order of the Ministry of agriculture approving the form and manner of use of the mark organic products of a single sample: white leaf on a green background with the words "ORGANIC" in Cyrillic on top of the sheet and "ORGANIC" Latin bottom sheet.