Monday, 28 October 2019
In Ukraine, the vegetables for the winter will rise in price by 15% — expert
The increase in the price of vegetables so-called borsch set at 15% predicted by the Ukrainian economic expert Alexey Doroshenko. This economist said on 26 October, in comments to the Ukrainian edition of "Voice of UA". 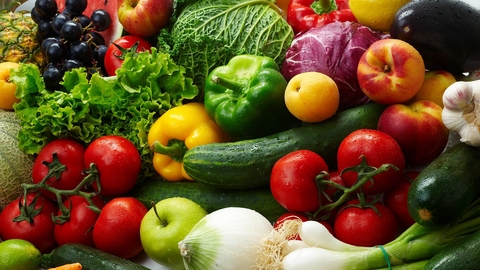 The expert said that from September last year to September this year, the potato has risen in price twice. Rose and bow. The price for the year increased by 24%. The cost of cabbage has grown by 13%. Price increased by 12% and beets.

However, as the expert noted, at least for the moment, the carrot became cheaper by 31%, but the vegetables "borsch set" most likely will go up gradually until December and the price compared with August, could grow by 15%.

IA REGNUM reminds that earlier it was reported that according to the research company GfK Ukraine had the lowest purchasing power in Europe.

HISTORY
We can say that Ukraine is in a state of permanent socio-economic crisis the whole period of its independence since 1991. Although in absolute terms the country's GDP increased slightly, comparison with other CIS countries and all the neighbors shows more.
The growth rate of GDP per capita in Ukraine below all in the CIS. Knowledge-intensive production, which in Soviet times, a significant share of the Ukrainian economy is deteriorating. For example, the share of machinery dropped from 31% in 1990 to 5-7% in 2016. the country's Public debt is 70 billion dollars, while in 1991 it was not at all.
The reason for the crisis of Ukraine is that over the years of independence and has not developed the elite, linking their future with the future of the country. National differences between regions, the division of power and property oligarchic groups impede development.
Acute struggle between the power groups in 2013 has led to the illegal change of power, which in Ukraine is called "revolution". As a result, the system of power and control people, even more dangerous for the country than the ones that were there previously. This has led to a social explosion in the Crimea and in the Donbas and the worsening problems in the economy.
In 2013-2014, the economy fell by about 10% per year, an unprecedented rate of growth, the dollar and housing prices. Sharply reduced foreign exchange reserves, public debt reached 60% of GDP. All this adversely affected the living standards of the population. Increased outflow of able-bodied population abroad. The state, making it difficult for propaganda purposes economic ties with Russia, has only exacerbated the situation.
Recently, the fall of the Ukrainian economy stabilized somewhat, but to talk about restoring economic growth is impossible.
Photo: Version IPV