Monday, 04 August 2014
In Crimea intervention will begin earlier than in other regions of Russia 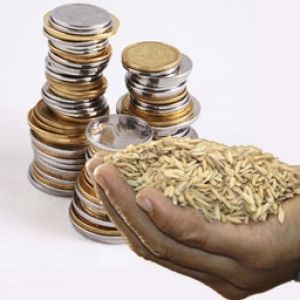 As already wrote agro2b Crimean farmers are experiencing problems with the sale of the crop. As in many regions of Russia, in Crimea received the grain harvest exceeds last year's indicator. Already gathered 1.2 million tonnes, of which wheat 660 thousand tons, and half of the food. The Crimea for a year have a minimum of 210 thousand tons, that is, the surplus can be sold. But because of the sanctions the EU market is almost worth it.

To settle the situation Intervention Fund of Russia is considering a possibility to start purchasing interventions in the Crimea earlier than in other regions of Russia.

But illusions about the cost to feed not worth it. Intervention Fund promises to buy grain third class of maximum 6 750 rubles per ton, the fourth class - 6 450 rubles, fifth - 6 140 rubles, fodder barley - 6 150 rubles. The only joy that during the year, owners will be able to redeem the Fund this grain at the same price, if market situation will change and they will see that they can sell it expensive.