Thursday, 11 October 2018
China is interested in development of the Rostov region engineering
The Chinese Hunan province is interested in cooperation with the Rostov region in areas such as engineering, tourism, processing of agricultural products, trade and technology, said member of the standing Committee, head of Committee Secretariat of the Communist party of China's Hunan province Xie Jianhui. 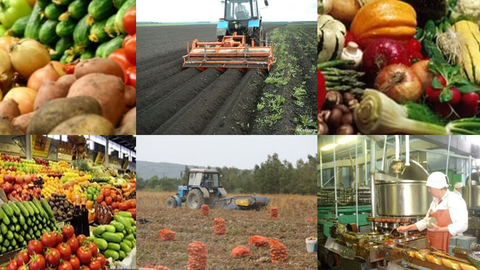 Thursday in Rostov-on-don held the IX international forum on support of small and medium enterprises of Russia and China.

"We would like to promote cooperation between the province and the Rostov region... agricultural products Processing, mechanical engineering, economy and trade, technologies — all these areas are an important point of our cooperation. Especially in the fields of engineering and tourism, we have broad space for cooperation," said Jianhui.

The Deputy Governor of the Rostov region Yury Molodchenko, in turn, noted that in the Rostov region produces 70 percent of the Russian combine harvesters. "Our plant "Rostselmash", which you visited yesterday, is one of the drivers of economy not only in Rostov region, but also the country as a whole. We are and other flagships such as NEVZ, "Rostvertol", — he said.

Molodchenko noted that the industrial production index at the end of last year in the region amounted to 107.4%. "The similarity of the economies (the Rostov region and Hunan province) is committed to establish joint ventures and to develop such areas as deep processing of grain, tourism," he said.