Monday, 22 April 2019
The seeds of oil crops of Russian origin will ensure the state system of promotion in the market
The Ministry of agriculture has developed the concept of subroutines FTP on breeding and seed growing of oil crops 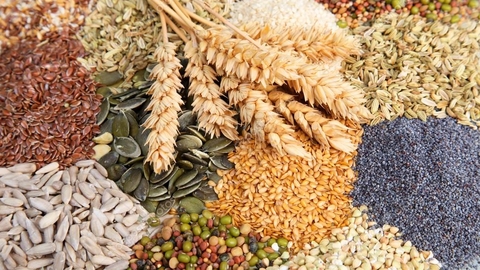 The agriculture Ministry developed the concept of program "Development of selection and seed growing of oil crops in Russia" in the framework of the Federal scientific and technical program of development of agriculture for the 2017-2025 years (FNTP).

The document was presented at the workshop with representatives from the Ministry of education and science, Russian Academy of Sciences, trade unions and associations held by state Secretary – Deputy Minister of agriculture of the Russian Federation Ivan Lebedev.

Ivan Lebedev has emphasized that one of the key challenges the industry is entering a sufficient level of self-sufficiency in seed material and the reduction of import dependence in this area. It is necessary not only to bring new competitive varieties, but also to ensure their widespread use. The task of the Ministry of agriculture in collaboration with the scientific and industrial community to create a modern service support, the system of promotion of domestic seed and strengthen the trust of business to the Russian breeders.

The meeting noted that a new routine must be included crops such as ginger, mustard, and flax, and targets are considered oilseeds and agricultural achievements.

Following the meeting, Ivan Lebedev noted that all comments and suggestions will inform the development of the passport of the subroutine. Her concept of the Ministry of agriculture of Russia intends to submit to the Council for the implementation of FMTP in the second decade of may. Also at the meeting of the Board will review the subprogramme on improving the genetic potential of dairy and meat cows and for the production of feed and feed additives.