Tuesday, 16 April 2019
The authorities of Vologda region advanced farmers will allocate 480 million rubles for the sowing
The Vologda oblast government will increase the expenses of the regional budget to help the farmers in conducting spring field works at 480 million rubles. This was announced on Monday, the Governor of the region Oleg Kuvshinnikov. 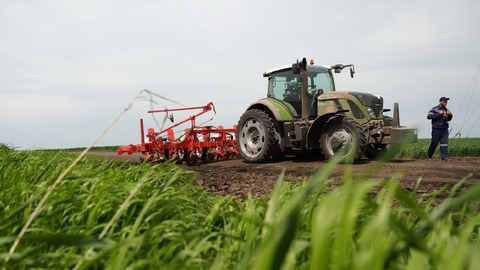 "Due to the fact that we are approached management with the request to increase funding for the spring sowing campaign due to the rising prices of fuel and lubricants and other costs, today I decide to increase the amount of funds. Producers receive additional 480 million rubles," — said Kuvshinnikov at the meeting with members of the government of region and heads of municipalities.

According to the Governor, at the moment agriculture was brought to the fields 23 thousand tons of mineral fertilizers or 72%, more than 970 thousand tons of organic fertilizer. Uptime is 90%. As added the head of the Department of agriculture and food resources Sergey Paramonov, farms aim to harvest is not lower than 2016, which is the most optimal for the structure of the areas and volume of the harvested crop. In 2017, due to the cold and wet spring and summer of the crops died, introduced a state of emergency, in 2018 the economy has eliminated these consequences.

"Agriculture plans to increase the number of harvested forage from 23.8 to 25.3 centners centners per cow. Formed a seed Fund at 35.3 thousand tonnes of high quality seeds. In the Central districts region is ready on 100%, in the North training completed," — said Paramonov.

As noted by the head of the Department, the crop will require about 1.5 billion roubles, including 540 million roubles for mineral fertilisers, almost 500 million rubles on fuel and lubricants, 325 million for spare parts for machinery, 120 million for the plant protection products. Sources of funding will be own funds of enterprises, credit, as well as the previously planned support from the Federal and regional budgets 317 million and 493 million roubles, respectively (in 2018 277 and 429 million, respectively). Sowing is planned on the area of 357 thousand hectares in 2016, it amounted to 365 thousand hectares in 2017 and 2018 is 355 ha. Area is reduced due to the bankruptcy of three farms, said the head of the Department.