Tuesday, 02 April 2019
Okay announced a decline in organic revenue in 2018 1.1%
Organic revenue retailer's Okay in Russia, adjusted for the effect of the sale of business supermarkets (32 stores), decreased by 1.1% in annual terms. Total Group revenue under IFRS fell by 8.4% yoy with 176 076 million rubles to 161 303 million rubles 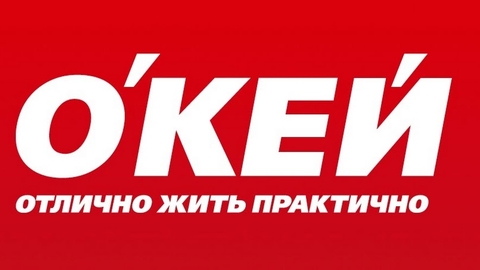 The company noted that the deterioration in consumer sentiment caused by the reduction in real incomes on 0,2% in annual terms, rising inflation and lack of growth of pensions, along with increased competition in the market continued to put pressure on the operations of the Group in 2018. Adaptation of employees to new working schedules had an impact on the level of service and quality of products categories fresh during the summer period, which weighed on revenue.

Closing a hypermarket in Cherepovets, Sterlitamak and in the first half of 2017, supermarket in Omsk in the second half of 2018 and closures in Moscow hypermarket in the shopping center "RIO" in the period from July 2017 to may 2018 and in the Shopping Park Otrada in December 2018 has also affected the Group's results in the reporting period.

O'KEY Group S. A. is presented in two formats: hypermarkets under the brand name "O'key" and discount stores under the brand "YES!". On April 1, 2019, the Group operates 162 stores in Russia (78 of 84 hypermarkets and discounter). The group opened its first hypermarket in 2002 in Saint-Petersburg and since then has been steadily increasing. "Okay" the first Russian retail networks on trade in food products has launched and is actively developing an online sales channel with the range on the basis of hypermarkets in Moscow and St. Petersburg for home delivery. The group organized six points of delivery of online orders in Moscow and six in St. Petersburg. The group manages four distribution centers in Russia: two in Moscow and two in St. Petersburg. On December 31, 2018, the Group employs more than 20,000 employees.