Wednesday, 10 October 2018
Putin on the growth of agricultural exports: "It is a breakthrough"
Exports of agricultural products from Russia for 7 months of current year has increased to $13 billion (almost a third) reported October 9, Russian President Vladimir Putin at meeting on development of agriculture, which was held in the Stavropol region. 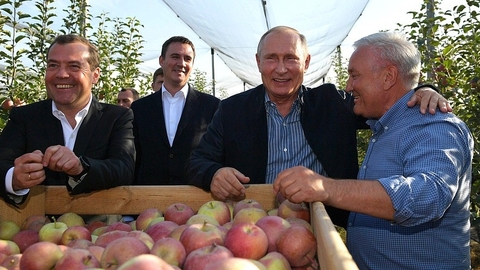 According to him, the growth in agricultural production over the last 5 years by more than 20% can be called a breakthrough and a step forward: "without exaggeration".

The leader of Russia noted that we need to improve the mechanism of state support agricultural producers and farmers, to encourage small and medium entrepreneurship in rural areas.

In Russia the share of farmers make up 13% of the agricultural production for the last five years against the General growth of the industry, this proportion increased by more than a third, said Putin. He added that a major incentive for the development of individual farms and smallholdings should be involved in the selkhozkooperaciya.

You also want to create a program of cooperation selhoznauk and production. It should be extended to colleges, said Putin.